This the WORLD ORGANIC NEWS for the 30th of December 2019.

We begin the episode with a couple of quotes from Facebook posts. 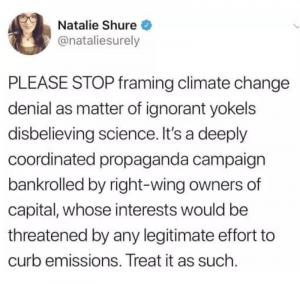 And from Bill Mollison 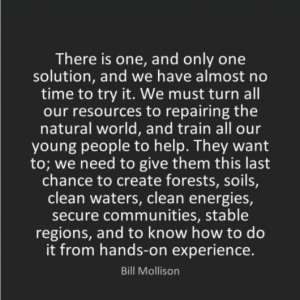 And there we have the dichotomy of our time.

All revolutions can be seen through this lens. The old guard clinging to the system that put them in power and the youth, full of hope and dynamism ready for the change. Leaders arise as the situation calls. Think of the “leaderless” rebellion in Hong Kong.

We are at a crisis time. A  crisis is where the outcome is yet to be determined. All forces are in play.

If we cast our minds back to 1788 and imagine the mindset of the French Monarchy at Christmas time. Lavish parties, a sense of divine entitlement and by the end of 1793 a dead king.

Another analogy would be the end of the Roman Republic. A tampered with constitution, the letter of the law not the spirit and vested interests clinging to power. Saturnalia 54 BC would have given little hint of the bloodshed to come.

I realise those two examples are full of violence which I am not advocating. I really hope we are above that now yet the history of humanity does not give me much hope.

Here in Australia we are a microcosm of the climate clash. Big enough to be a continent, small enough to contain all the forces at play. Weather patterns for the last three summers have been periodically pouring extremely hot air from the central desert regions down to the populated south east of the continent. This combined with the collapse of rainfall patterns and the push of suburbia into the peri-urban bushland interface has created a situation seen across the globe. Fires in California, in countries from Spain to Bulgaria, Chile exploding the other night and fires through the Siberian “tundra” are all more evidence pointing to where we are now.

To bring it closer to home, we are 200mm or 8 inches down on rainfall for the year. A relatively warm October turned to a cool November accompanied by weeks of the Roaring Forties ripping across Tasmania and sucking the moisture out of landscape. All still looked green enough entering December but in the last week or so the landscape has turned from green to brown. Nowhere near as hot here as the mainland but dry enough to have me scanning the horizon regularly during the day for signs of bushfire.

Last February the south and east of Tasmania suffered big enough fires. Could it be the north’s turn this summer? I hope not but preparations continue daily.

On the larger vision, we must act now. Our federal government’s miserable behaviour at COP25, still clinging to emission reductions from the Kyoto protocol as an accounting measure to avoid doing anything, is embarrassing and dangerous. I might also point out our Prime Minister when just a Minister literally brought a lump of coal into Parliament to prove how harless it was. He’s also a pentecostalist and so more concerned with an alleged after life than this one.

What’s to be done?

I vacillate from despair to anger….

On the “hands in the dirt” level, this year has been one of experimentation, implementation and learning.

At work I’ve set up ten beds 3 x 1.5 metres. These are 150 mm deep, The ground was covered in wet cardboard, the edging added and the beds filled with six month old spent mushroom compost.

In six of these beds I’ve planted put to a plan, image in the show notes, in an attempt to see what grows well in this climate. There’s a mix of cultivars. The beds were planted out every couple of weeks to ensure a succession and survival of some beds if we caught a late frost. We didn’t so everything is just growing away nicely.

The other four beds I planted out to broad beans. Early this month the first bed was slashed as the beans started flowering. They completely covered the bed. These were sprayed with Seasol to get some biological activity happening and then the bed was covered in half rotted pea straw. Onto this I added some blood and bone tea.

After New Year, I’ll have a look underneath to see what’s been going on.

The plan is to create as much organic matter as possible to grow in.

The vegetable plots are as per the mentioned previously plan and they have the following planted in them: Rocket, Cress, Cabbage, Kale, Pumpkin, Marigolds, Zucchini, Squash, Lettuce, Broad Beans, Sunflowers, Beetroot, Silverbeet and Tomato.

This is quite a selection, it presents some issues with growing space and harvesting but the soil is well and truly covered. I’ve been harvesting rocket, cress and lettuce this month. Kale will be added to the salad mix next week. The cabbage, beetroot and sunflowers are miniature varieties to save space and time to harvest. The marigolds are for both beauty and companion planting purposes. Seeing the red and yellow of these flowers amongst the mass of greenery is quite a treat.

The interplanting consequences and the yields will be covered in a later episode. For now I’m chuffed with how well the bed plans are working out.

Separately I have a corn patch growing nicely and ready tom power away as summer kicks in. In addition we have 30 kilos of seed potatoes poking through the top of the ground. I’m thinking we’ll be harvesting them from February till the end of March.

The gardening I’m doing at work is part of a disability program. Teaching life and employment skills as well as building a team of gardeners who have fun, learn and help feed their families.

The gardening I’m doing at home runs from the one square metre garden through the raspberries, the orchard and the paddocks to patches of spuds tucked into corners here and there.

There’s a level of food production we can all achieve, wherever we are. The one square metre garden is a good place for beginners to, well, begin. The idea is something I’ve been playing around with in thought experiments. The one at home has suffered from being under watered as this part of the world dried out and warmed up. Carrots and brassicas have run to seed, peas are still flowering and fruiting and the lettuce are providing leaves. I’m putting together a dedicated salad greens version and an herbal option. I see a mosaic of these in my mind’s eye stretching across the proposed garden area.

The excess roosters, goslings and lamb will be dealt with over the next few months, freeing up space and feed pressures. By then the pigs will be ready for the freezer and the larger garden beds they’ve worked over will be down to garlic and turnips or swedes and peas. Lots of little steps and tests across this 1.6 acres.

The far northern third of the property is in desperate need of liquid manures, worms and some strategic grazing. That’s a task for next Autumn/Winter. I’ll keep you posted as the process continues.

Things are reaching crisis across this planet as we slide into the conclusion to 2019. May next year be a fruitful, productive one in which we continue to turn this ship of humanity onto a safer course. A course that travels with Nature and not across her bows.

We are in the process of writing RegenEarth’s second season of podcasts and I’ll let you know when they are roaming free on the interwebs. In the meantime you might want to listen to our short season one and subscribe so you’re ready for when season 2 drops.

Thank you for listening and I’ll be back next week.